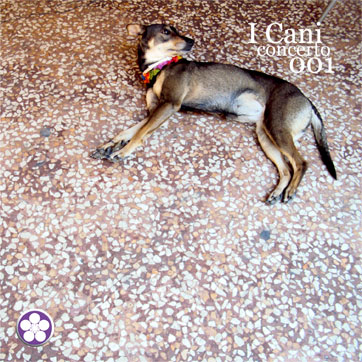 “Concerto 001” is the first live interpretation from “I Cani Giganti”. Their mission is to make people dancing with the exclusive use of real electronic instruments, no computer. “I Cani Giganti” reverse the concept of making techno music: they do not start form the studio looking for the “hit” to be played. On the contrary, “I Cani Giganti” do the other way round: make people dancing first! playing live and make people happy come first, the records come next. “Concerto 001” has been recorded live at “Leoncammello Studio”, Copreno (MI, Italy) the 25th of June 2010, following one year of “party-testing” during the 51beats gigs. Track n.09 “non si tratta di grandi cifre” has been recorded during winter 2008 by “I Cani”, post-production by Marcio McFly.

Under the Honorific Chairmanship of Alva Noto www.qwartz.org