I really do not know about the future, maybe I do not care. What do you think about the future of music market? Is the future still in the hand of poor majors? is it in the hand of strange underground music labels? …or….option 3, it is finally in your hands, our hands, I rather like to think this is the future. When you realize to be free in getting incommensurate high quality compositions, basically with a simple mouse-click, well, then you must think about it. Why all this is possible? The answer is the simplest you can think of: the world is a crazy place hosting even more crazy people, artists who make their music with the only aim to create  emotions and to send them around to everyone. You can feel this when you realize that since hours you’re just standing, listening, hypnotically dreaming empty spaces. Dancing slowly. Uncontrolled mix of happiness and melancholy. Yes, you are taking part of an exciting step into the most modern electronic music adventure. edPorth: “Key Black”!

This work is licensed under a Creative Commons Attribution-NonCommercial-NoDerivs 3.0 Unported License.

edPorth is the solo-project by Patrizio Piastra, an italian electronic musician, member of the well-acclaimed band Youarehere. Music from edPorth blends ambient soundscapes, idm beats and distant dreamy vocals, always designing obsessive melodies and sounds that move between dance loops and electro-ambient backgrounds. His first album “Saying Vamos and Thinking Let’s go” has been released by Inglorius Ocean netlabel on January 2010. STATIC, published by 51beats in November 2013, follows  “Key Black” (51beats), a work that has been widely recognized internationally with a large number of enthusiastic reviews.

In the best 60 songs of ever for babypsilon (Listology)

thesilentballet “Keeping one’s own standards so high with every new release is certainly something not many can do, but edPorth seems capable of making even more innovative sounds.…” 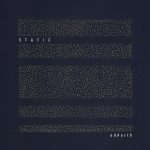