I CANI GIGANTI born in 2010 with the artistic intersection among Marcio McFly , Pepè Interstellar and Plasman. They play live with analogue synthesizers, samplers and effects. Their project is based on the live dynamic evolutions of patterns and structures, which are only partly prepared in the studio. The mission is to make people dancing by constantly enhancing the magnetism between the set and the dancefloor during their performances. Percussive techno patterns and resonant analogue sounds are mixed with hypnotic structures at the edge of more trance-like compositions. “Campane”, taken from “Concerto 001” has been nominated in the best dancefloor  category at the QWARTZ ELECTRONIC AND NEW MUSIC AWARDS 7 (Under the honorific chairmanship of Alva Noto) in 2011. Published in April 2012, “Brain Confusion” marks their artistic maturity. “Brain Confusion” is built on the basis of a hard studio-work following the constant feedbacks acquired during the numerous live exhibitions of CANI GIGANTI in the last couple of years. The album is characterized by bossy sounds and complex drums patterns like in “Adriana” and it contains hypnotic techno gems like “1997 Run Away“. 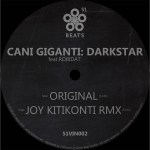 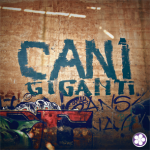 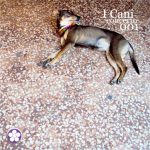